Mavra by Stravinsky and Maddalena by Prokofiev

Two Tales of Love and Deception

“Wonderful. I was sorry to see it end. How they could get such a high quality group of performers in such a small venue is amazing.”

“This production of I Capuleti e I Montecchi was an unqualified success. In every aspect – singing, orchestra, staging, costumes, acting – this production demonstrated what great things a small opera company can do. Let us hope we can expect many more wonderful productions from Berkeley Chamber Opera.”

Berkeley Chamber Opera is dedicated to presenting local professional opera singers with chamber orchestra in intimate venues in the San Francisco Bay Area. Founder Eliza O’Malley created BCO as an outgrowth of her work singing leading roles with such local opera companies as Verismo Opera, Handel Opera Project and Goat Hall Productions and producing concerts with the Dazzling Divas.  The company’s first venture, Mozart’s Cosi fan Tutte was performed at the historic Berkeley Piano Club in 2012 under the baton of Bay Area luminary Jonathan Khuner. It quickly sold out and was lauded with a standing ovation. BCO’s 2015 season included a fully staged production of  Mozart’s Le Nozze di Figaro at the Berkeley Hillside Club as well as a collaboration with Maestro William Ludtke’s Handel Opera Project on a concert performance of Mozart’s rarely performed La Clemenza di Tito.  2016  included a collaboration with the Handel Opera Project on Mozart’s Abduction from the Seraglio as well as a return to the Hillside Club with Bellini’s I Capuleti ei Montecchi.  In the summer of 2017 BCO welcomed Maestro Alexander Katsman to the podium with  Menotti’s The Consul.  In November 2017 Maestro Jonathan Khuner led BCO in Verdi’s Luisa Miller at the Berkeley Hillside Club and in the summer of 2018 Maestro Katsman returned for a performance of Verdi’s Joan of Arc. 2019 opened with a performance of Puccini’s Manon Lescaut headed by Maestro Khuner and Lisa Houston. 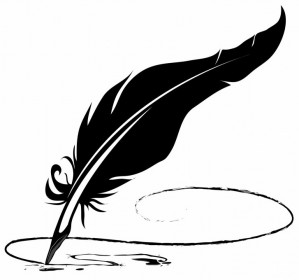